Termipest offers Millipede control for all home owners and businesses in Perth, Western Australia. The Millipedes found around Perth naturally occur in south west Europe. These are called Portuguese Millipedes.

They were first recorded around Roleystone in 1986 where a shipping container was placed for a length of time. From there, the tiny eggs hatched and today, almost every suburb in Perth has reported active Millipedes.

They congregate in large numbers and are quite mobile, especially after the first rains in autumn. 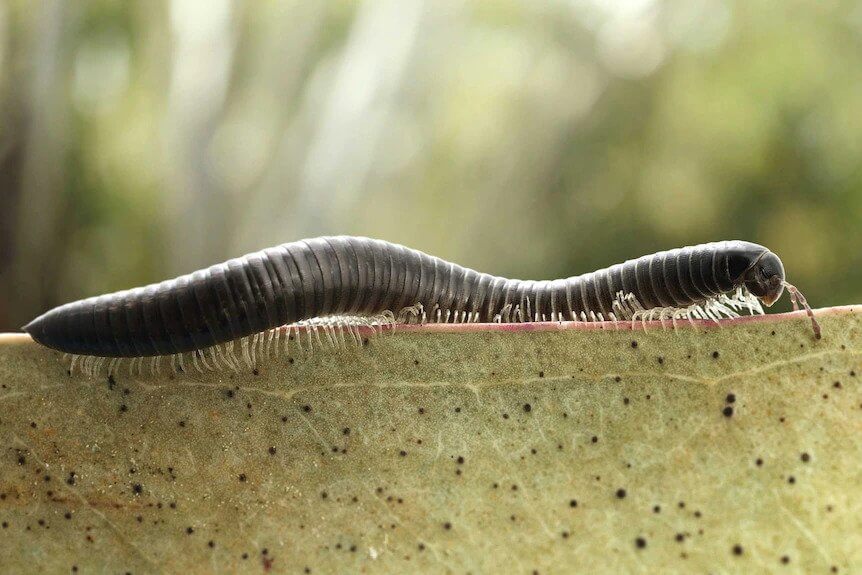 Millipedes can damage melons, strawberries, tomatoes and potatoes and are attracted to external lights.

Although not covered by insurance, Millipedes will die in numbers as a result of having one of our Pest Packages or alternatively, we offer a specific Millipede treatment.

Millipedes are an interesting and under-appreciated invertebrate that is native to Australia. Millipedes are essentially giant land-based/woodlouse looking creatures with one or two pairs of legs per body section (a millipede has between 5 to 350 pairs of legs). Millipedes vary in size from 1 centimetre to 40 cm long. Millipedes feed on decaying vegetation, plant roots and smaller insects.

Millipede’s main predators include: birds, lizards, small mammals such as mice and ground dwelling insects such as ants; Millipedes defend themselves by secreting a foul smelling yellowish brown fluid from glands located towards the rear end of its body. Millipedes move very slowly and usually only when it rains. Millipedes are one of the few invertebrates that can tolerate prolonged periods of dryness; Millipede’s eggs are deposited in a protective case, known as ‘Egg capsules’.

Millipedes lay between 17 to 40 egg cases, which contain from eight to sixty eggs each depending on the species. Millipede egg cases are normally buried deep within moist soil and take between six months to two years for the Millipede larvae to mature into adults. Millipedes need very specific conditions in order for them to be able to reproduce.

Millipedes may not be a harmful pest to you but they can cause serious damage to trees and plants due to them eating the leaves, Millipede control must never been attempted by yourself as you could risk causing more harm than good. Millipede Control is best left up to experienced Millipede handlers.

If you need Millipede control, simply call us today and get a free quote.

Millipedes are found in homes and properties for a variety of reasons. There could be many contributors to a millipede infestation.

In most cases, the reason they enter a home or property is because they need moisture or food, but also sometimes may just fall from trees. In some cases, they will follow cables or wires into a property.

Sometimes they will appear after trees have been removed, which can open up crawlspaces to let them come inside; or when landscaping is done which makes it easier for them to enter the home from underneath. Some species of millipede actually live in moist soil and commonly burrow around foundations of homes.

Millipedes are also known to be attracted to light colored homes and mulched areas. Just as some people attract mosquitos, millipedes have a preference for darker houses with lots of mulch around. Often times they can find these areas more easily than other places because there is better moisture under the eaves of the house or foundation walls near landscaping mulch.

Sometimes a home’s exterior is painted a light color, but the wood itself has dried out and become permeable to moisture. In many cases it doesn’t take much for millipedes to enter a house from underneath if there are openings in the foundation walls or gaps under doors which lead into crawlspaces.